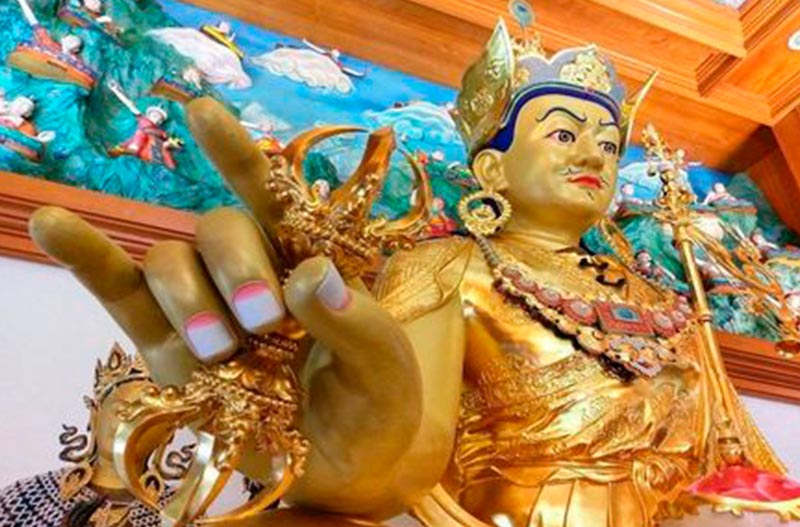 “Gurupadmam” is a sanskrit term from the Indian spiritual tradition.

“Gurupadmam” means Lotus of the Guru.

In ancient times all the saints who were called „Guru“ were married.

Respect for her is equal to that of ones real mother.

In ancient times these Gurus lived in forests and their schools where called “Gurukul”.

The students had to stay in the “Gurukul”, which may be interpreted to mean a „Residential School“.

When the Guru nurtured the students with Knowledge, the Guru Pathni nurtured them with food for their physical bodies.

The Guru Pathni is considered to be a caretaker to the students with care similar to that of a beloved mother.

Now we can see this in our “Amma” Charlotte Anderson.

The Guru Matha is considered quite knowledgeable as she helps the students to spiritually evolve.

A Gurupadmam lives a life of service to the Guru.

And cares for the students.

In the recent past we can illustrate one such Guru Matha.

This is Guru Maa “Srimath Sharadha Devi”, who was the wife of Sri Ramakrishna Paramahansa, the Guru of Swami Vivekananda.

One interesting story can be shared about her intuition and intellect with regard to Sri Ramakrishna Paramahansa.

When Swami Vivekananda decided to participate in the Chicago World Spiritual Consortium, he went to “Shrimathi Sharadha Devi” to inform her about his journey.

He told her “Mathaji, I am going to participate in the World Consortium”.

But Mathaji immediately asked him to take the knife which was lying next to him.

Swami Vivekananda took it and gave it to her.

Then she said “Now you can go for the Consortium, you are eligible to leave”.

Mother guessed this and she responded, “When you take the knife in the hand, you hold the sharpest side toward you and the handle side toward me.

This shows your “safety conscious” (awareness) toward others. You do this, so you will not harm others. This is how you are eligible to attend this event”.

The Institute for Inner Sciences © 2022 All Rights Reserved